A picture Melissa Safran, who hiked all 190 miles of trails at the Cuyahoga Valley National Park, took during her 2.5 month adventure. [Melissa Safran] If you’re thinking about throwing on a backpack and getting out to explore nature, that adventure doesn’t have to mean traveling to another part of the planet. That’s something Melissa Safran knows a little bit about. When running injuries sidelined any thought of training for a marathon recently, she figured doing a little hiking would provide her with another way to stay in shape, and she decided to hike the Cuyahoga Valley National Park. She writes about her experiences hiking all 190 miles of trails in the new issue of The Devil Strip.

While some may be familiar with the CVNP, one may not have realized there are 190 miles of hiking trails. Safran said she discovered the extent of the trail network several years ago.

“Back in 2015, I started researching all of the trails that exist, just getting excited about the huge resource that we have in our backyard,” Safran, a Cuyahoga Falls resident, said. “I also like to make spreadsheets. I kind of put them all in a spreadsheet, added it all up, and that was the total that I came up with.”

Safran grew up in Northeast Ohio but said she did not know about the Cuyahoga Valley National Park until recently. She said she got the idea to hike all of the trails at the beginning of 2018, but did not get started until October.

“I said, ‘I have time now, I’m gonna get it done.’ I didn’t have a definite plan from the start, but basically each day I had time to hike, I went on my list and picked a trail it looked like I could do…[then] went out and did it.”

She said it took her about two and a half months to hike all 190 miles.

“I finished it, actually, on my birthday – December 28th,” she said. 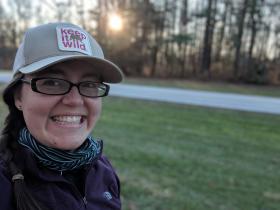 In her article, Safran writes that a beneficial part of this sort of adventure is that she had her own shower and bed to come home to after a long hike, rather than if she had been hiking out of state or even the country. She said there are camping options, though, for backpackers who may want to ‘rough it’ locally.

“There are several campsites near here – one in the park that you can use along the [Buckeye] Trail,” she said. She said that site, the Stanford campground, is popular within the CVNP.

Safran said the most surprising aspect of her adventure was re-discovering trails she had not hiked in a while.

“I think even if you are a hiker, you can tend to go to some of the same places a lot--beautiful trails like the Ledges and Brandywine Falls,” she added. “But there’s a lot of other miles of trails out there that are also equally beautiful in their own way.”

Safran said she enjoyed finding hidden or remote areas and witnessing wildlife prepare for nighttime while hiking at dusk. 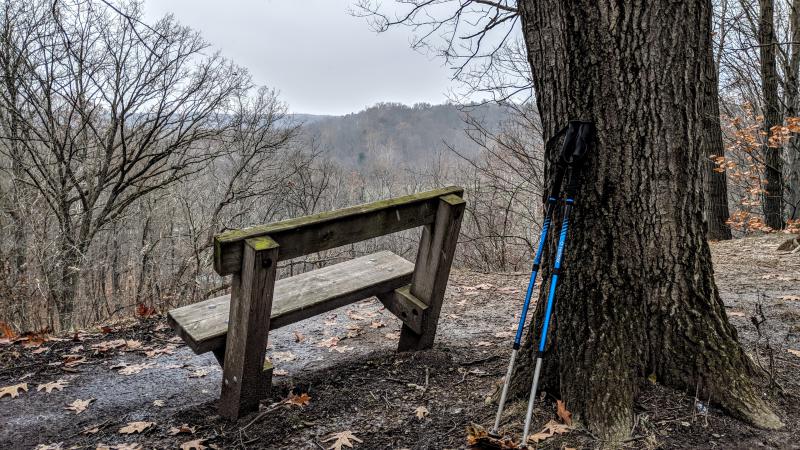 “That’s not going to be mentioned in any trail guide, necessarily,” she added. “When you’re trying to squeeze miles in, you end up having those experiences at unique times of the day.”

Under the partial government shutdown, CVNP remains open, but there are no visitor services or employees. Safran said she has hiked recently and noticed significant differences at the park.

“You have to plan ahead and know that you have to take care of yourself,” she said. “The one thing I haven’t seen that I’m really excited about is there’s not been much litter or trash cans overflowing…I think the people that are getting out and using our resources are taking really good care of [them].”

For anyone thinking about setting out at the CVNP, Safran encourages them to not be intimidated by the number of trails.

“Our park is so accessible; you could hike it in small chunks of even a mile or few miles at a time and work up to those harder trails,” she said. “Just start with a mile on the Towpath and see what you see out there, and that, I think, would get you going.”

Safran added that the national park’s website provides information about the difficulty of the trails. For more in-depth info, she suggested consulting the Cuyahoga Valley Trail Council’s trail guide, which you can purchase in shops at the park or around Northeast Ohio.

Now that she has conquered the park, Safran said she plans to hike trails in the Summit County Metroparks and the Little Loop of the Buckeye Trail. She said she also plans to do a week-long bike ride out of the state with her husband.